The Wharncliffe Arms is Bradfield Brewery’s third tap and was re-opened on Thursday 21st November 2019.

The design of the sign draws on local folklore whilst maintaining a visual link with the old heraldic pub sign.

The Dragon of Wantley is the focal point of the design and is supported by the noble knight and his serf. These characters are created in the established cow character which appears throughout Bradfield Brewery marketing materials.

Legend tells how the dragon was slain by a knight on Wharncliffe Crags, however, we like to think that the dispute could have easily been settled over a civilised pint of Farmers.

This is the third pub sign we have produced for the Brewery, having previously designed signs for “The Nags Head” and “The King & Miller”.

The pub was previously renowned for its community feel and friendly atmosphere and this is something the Brewery are keen to reinstate.

As part of this effort, it has been confirmed that the age old tradition of Christmas Village Carols will take place on Sundays in the run up to Christmas.

For any further information or general enquiries, please contact Bradfield Brewery on 0114 285 1118.  Or why not call into the newly re-opened Wharncliffe Arms and Try a taste of tradition. 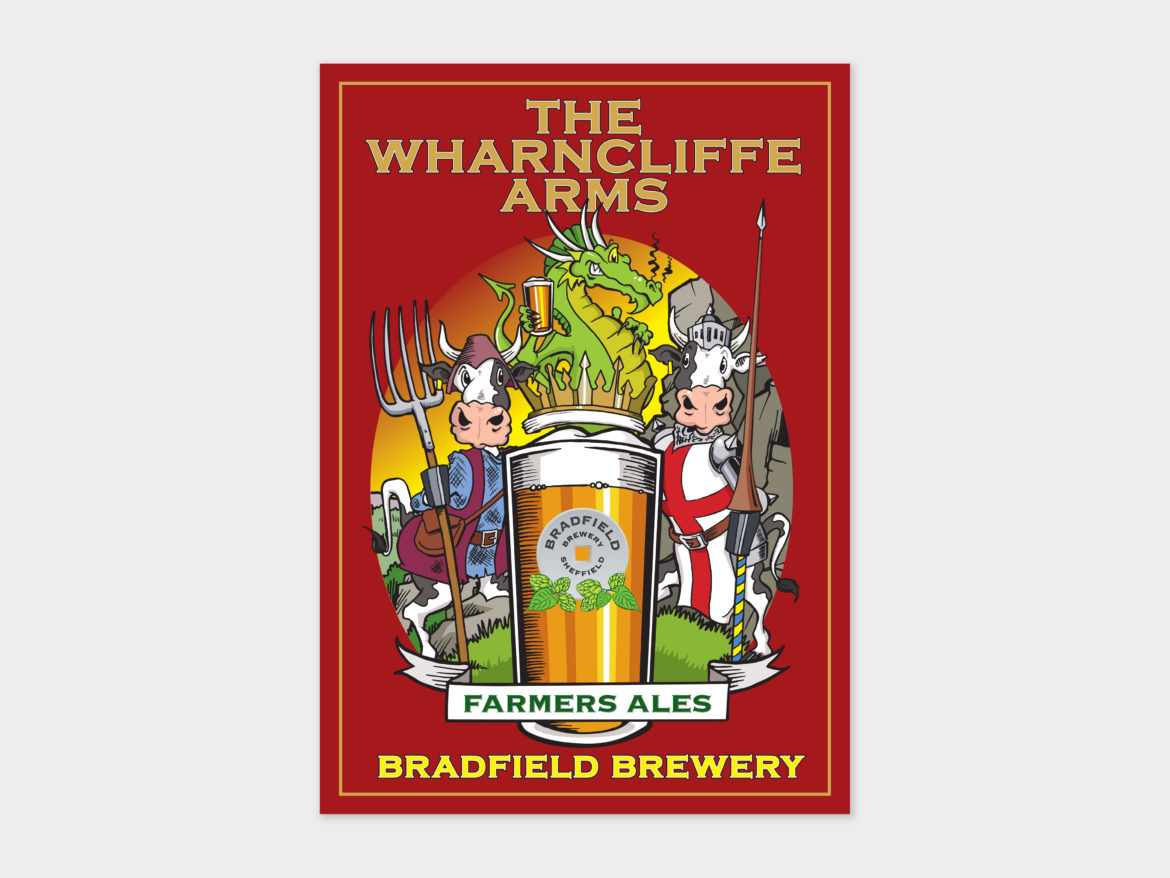 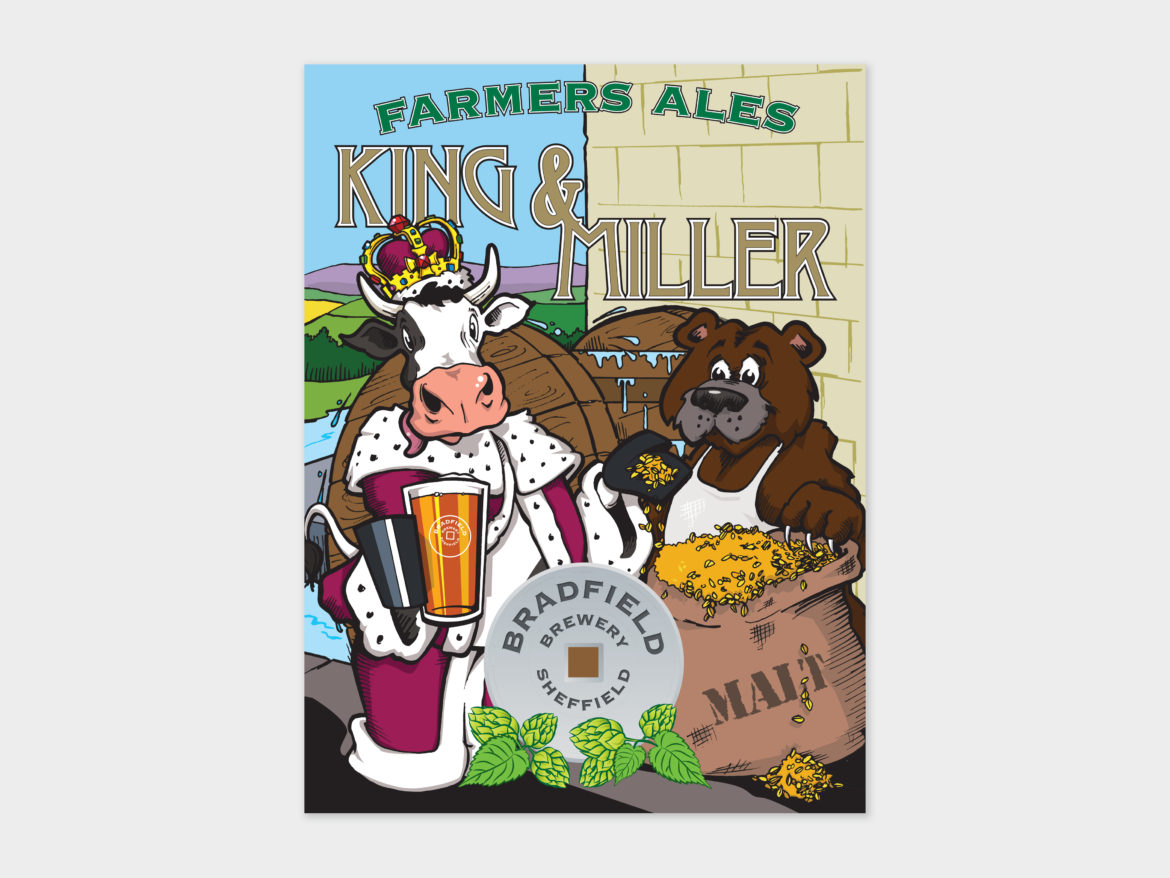 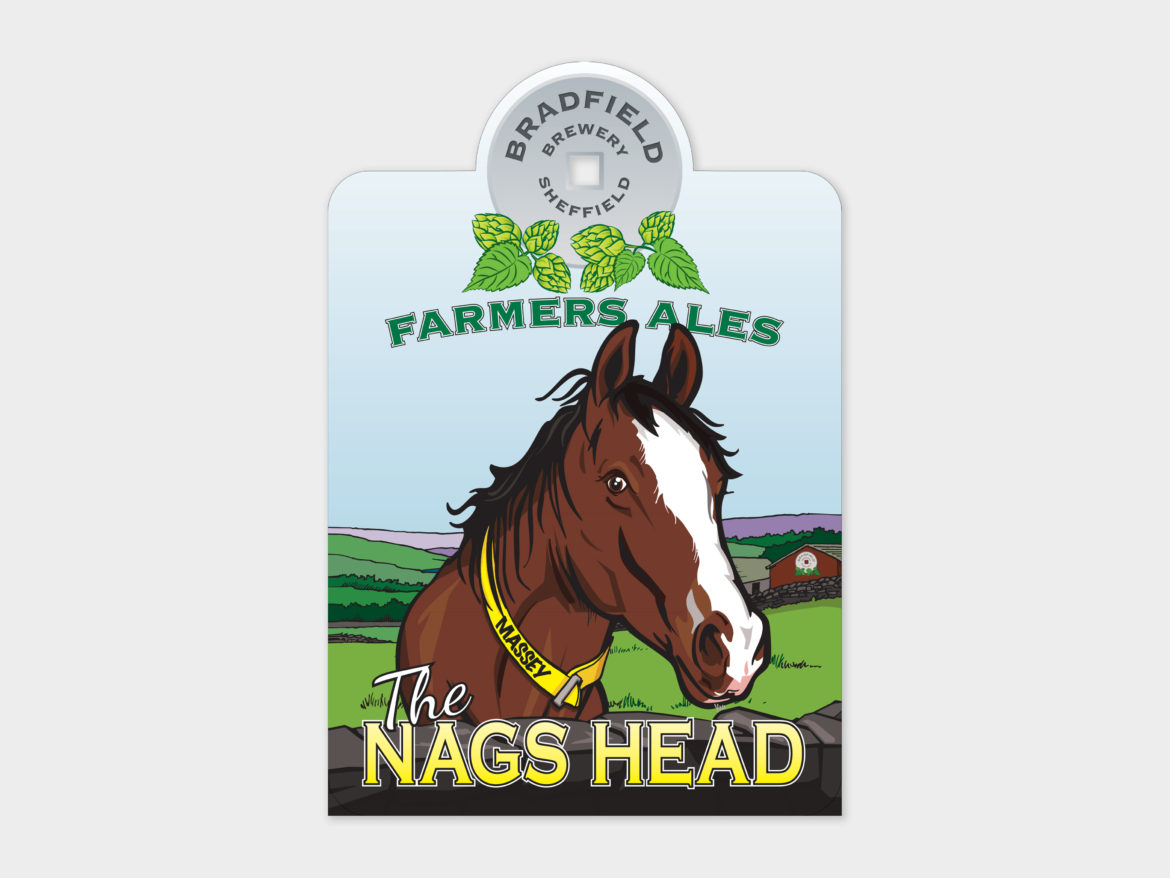 For brand and graphic design solutions that engage
please contact Patrick Ross on 0114 250 9119 or email: pat@geniecreative.co.uk